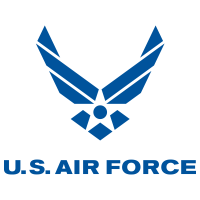 As a community leader for most of his life, Robert Litzinger knew at a young age he wanted to take on a role where he could help people. As an avid explorer and adventurer, he also wanted to see the world and challenge himself to new heights.

With all of this in mind, he decided to join the United States Air Force. While he knew it would be a lot of work, he knew he would learn a lot about himself, grow as a person, and experience the world around him.

Robert Litzinger loved his learning experience with the United States Air Force for a number of reasons:

The Air Force provided Robert Litzinger with a steady job and great benefits. Stability was very important to him as someone who knew he wanted to start a family and be able to provide for his wife and kids.

The Air Force requires you to be at your best physically.  So for Robert Litzinger, exercise and proper nutrition were an important part of daily  training and growth within the institution.  He knew if he wanted to make his best contributions within the U.S. Air Force, he needed to take care of myself.  And, so he did.

Likewise, his jobs and responsibilities required mental acumen to meet the technical demands of his position.  As Robert Litzinger progressed later in his career, he had the U.S. Air Force to thank for his focus, drive, and determination.

One of the most important things he has come to realize after his time in the Air Force was the personal, emotional growth he received as a member of the U.S. Air Force.  He matured as a person and as a community member.  Emotionally, he gained confidence and self-assurance, something that has helped hun throughout life as he encounters new and exciting challenges.